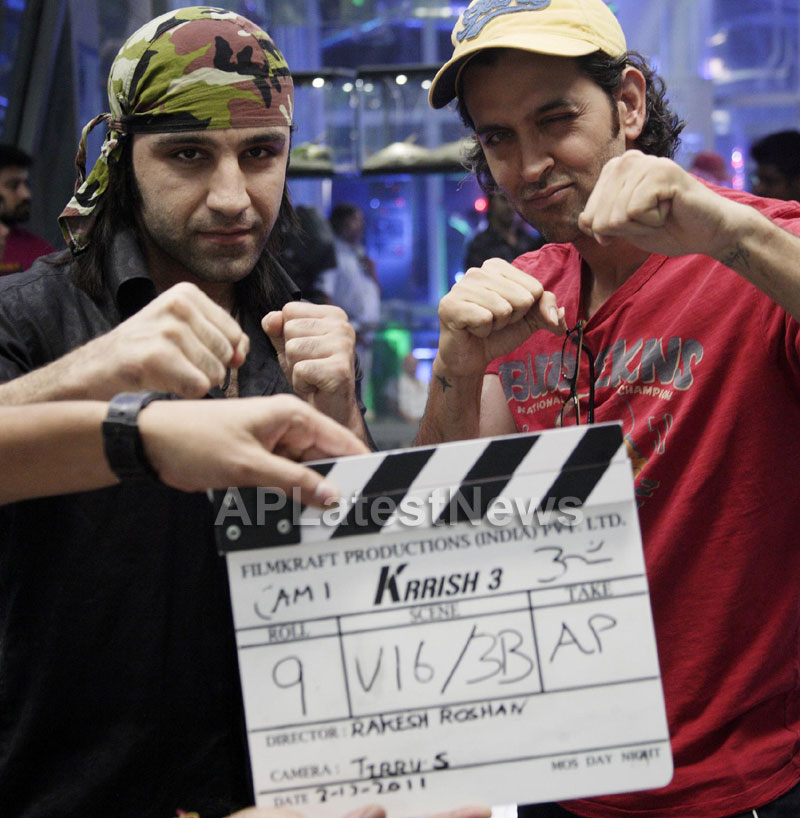 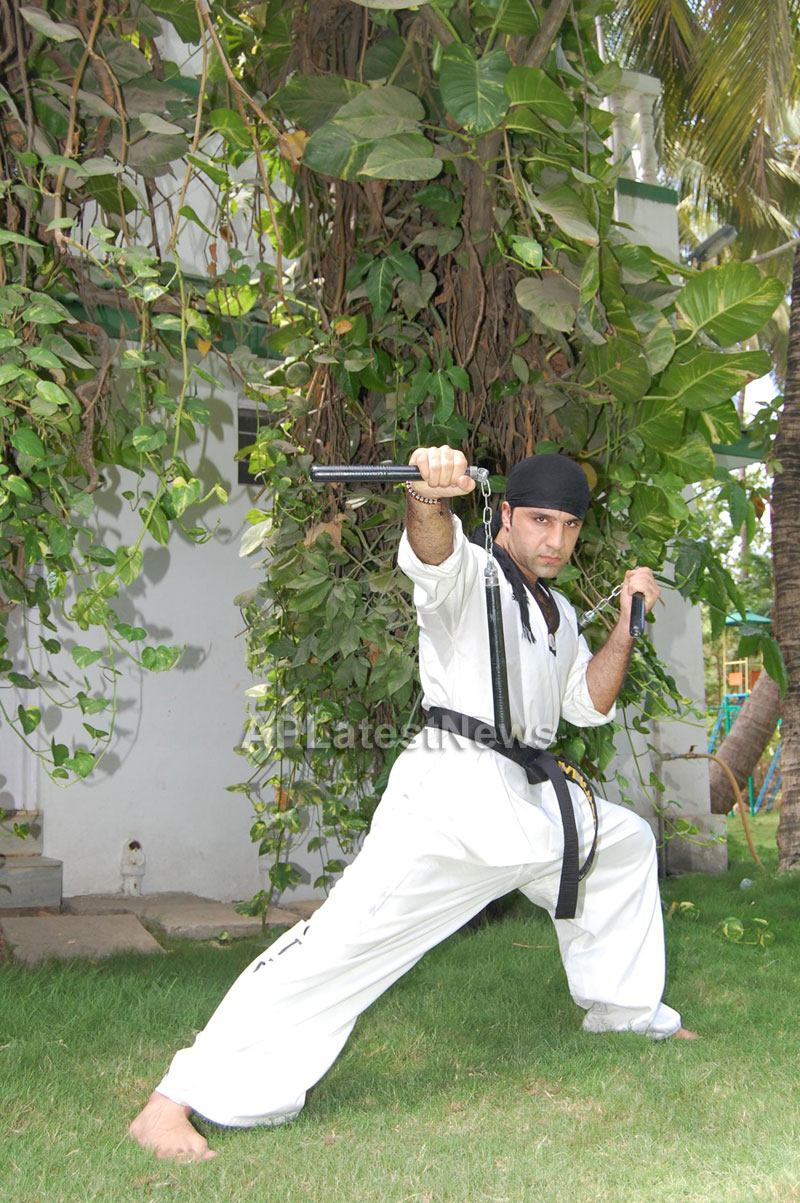 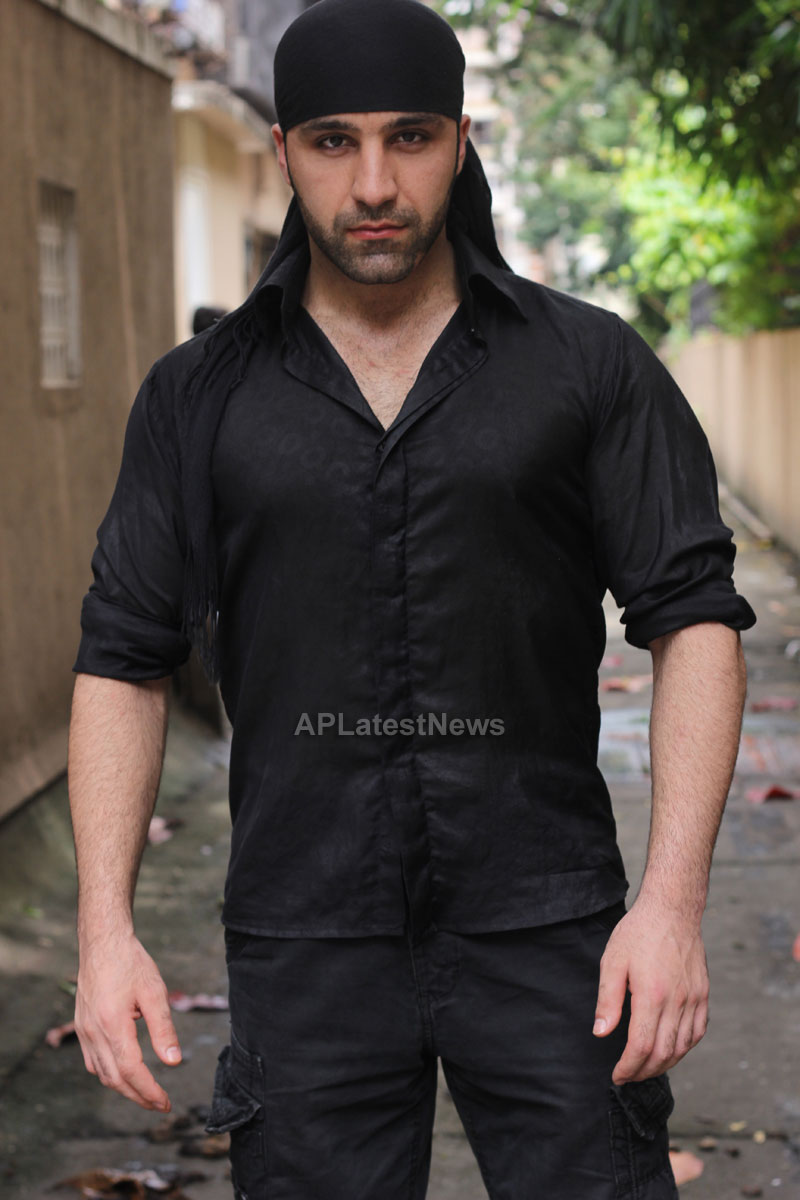 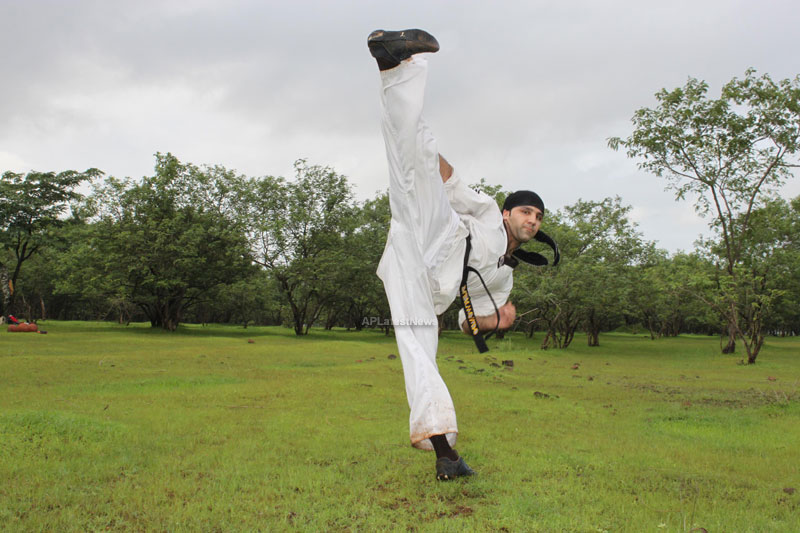 The Kung Fu Revolution began around the early 70s, and the genre has certainly developed and evolved greatly over the course of the last four decades. The likes of veteran superstars with incredible talent of martial arts such as Jet Li, Jackie Chan, Bruce Lee, Donnie Yen, Sammo Hung, Jean-Claude Van Damme, Cynthia Rothrock, Wesley Snipes, Sylvester Stallone, Dolph Lundgren and so many more have won public heart with their flabbergasting physical abilities. And now here comes the -newbie- Sameer Ali Khan who is rising in the ranks of martial arts talent to watch out the heros. He will re-define the martial arts cinema with his action in Krrish 3 and will wows everyone with his brutal physical performance with Hrithik Roshan. He will be soon entrusting with the prestigious honor of carrying the torch from the veterans. He is known for his martial arts skills and the star of action in Afghan. Spending 15 years of his life doing Martial Arts, he has received his 3rd dan from the Korean Federation of Martial Arts. He has also demonstrated some of his fighting skills in Krrish 3. Sameer plays the role of the villain called Antman.

Sameer Ali Khan said, - I am very thankful to the Almighty God for giving me this big opportunity. I am grateful to Mr. Rakesh Roshan for casting me and allowing me to share screens with superstar Mr. Hrithik Roshan, who is now a good friend of mine and who is always there to encourage me.

Sameers action and his skill are nothing but short of incredible. He is fast, agile, powerful, and his timing is impeccable. One of the pleasures of watching a martial arts movie is gawking in an awe-inspired manner at the intricate choreography and acrobatics that are transpiring before your very eyes. When you watch him in action, it is very hard to believe he performs his moves without any wires or stunt doubles. Sameer truly looks like he is obliterating the laws of physics and defying gravity.